About two years ago I started a group on Meetup.com. It was called “Jesus Without Religion (Or Politics)” and the goal was simply this: To answer questions about who Jesus was, what he taught, what impact he made on our world and why he still matters today.

My promise to those who were genuinely curious was simply this: I won’t try to sell you anything. This isn’t a trick to get you to join a church, or say a prayer, or to agree with any particular doctrines or political ideologies. This is only about Jesus.

At one of our very first meetings, held in the back patio of a local coffee shop, I ran up to the cash register. The young girl behind the counter had a nose ring, and half of her head was shaved. She had several tattoos running up and down her arms.

“Excuse me,” I said. “We’re having a meeting in the back patio and just in case a few people show up late and don’t know where we are, could you direct them back to us?” The girl smiled and reached for a pad of paper and pulled a pen out of her apron. “Sure! What’s the name of your group?” she asked. I said, “It’s ‘Jesus Without Religion (Or Politics)’.”

The girl started to write and then did a double-take. “What did you say it was called again?”

After I repeated the name and explained that it was for people who just wanted Jesus without all the typical baggage that people tend to place in front of him, she looked me straight in the eye and said, “That sounds exactly like what I’m looking for. I mean, I just left my church a few weeks ago because all they ever did was make me feel uncomfortable for not lining up with their political views or their petty doctrines. I just wanted Jesus, you know?”

I did know. Because a few weeks prior to this there were highly-publicized reports about the Nones and the Dones–an alarming trend where millions of younger Christians were walking away from the Evangelical Church. Many of them citing a strong distaste for how political their churches had become as their reasons for saying that they were “done” with organized Christianity and choosing to check the “none” box when it came to religion.

There’s an old joke that goes: “What do you get when you mix Religion and Politics?”

The answer is: “You get politics.”

Unfortunately, many Christians in America today don’t get the joke. To them there’s no recognizable difference between politics and faith. So, what they’ve ended up with is a Christianity that looks more like a particular campaign platform and less like the Sermon on the Mount.

I think the greatest threat to Christianity in America might actually be something called “American Christianity”. Because we have allowed ourselves to become so entangled with our politics that we’ve lost our identity as simple followers of Jesus.

So, what can we do about all of this?

Here’s what I suggest:

Focus on Jesus – We’re told that in the Church there should be no distinction of race, or of gender, or of social status, and (I would like to add) of political affiliation. Paul says “we are all one in Christ, Jesus” (See Galatians 3:28)

Seek unity – When Paul wrote to the church in Corinth, he rebuked them for dividing over which Apostle they favored and reminded them that they were all family because of Jesus. So, if it’s not acceptable for Christians to divide over which Apostle we prefer, it’s certainly unacceptable to divide over which politician or policy we like best. Leave those things at the door. Start seeing one another as simply brothers and sisters in Christ, not as Liberals or Conservatives; or even as Baptists and Lutherans. We’re all just one Church and one Family of God.

Crucify our politics – This is the hardest one to do, but I believe it is imperative. Those who are most passionate about politics want to make the world a better place. But politics is certainly not the best way to do that. The Gospel, however, actually is the best way. Jesus entrusted us with it from the very beginning and the intention is that this Gospel would first transform us into people who are like Jesus, and then transform everyone around us into His image, too. Jesus doesn’t need any help from politicians to accomplish His goals. Neither do we.

By returning to Christianity in its simplest and most minimal form, we can rediscover our identity as disciples and reignite a desire for genuine community.

By resolving to seek first Christ and His Kingdom, we encounter Jesus at his most essential. 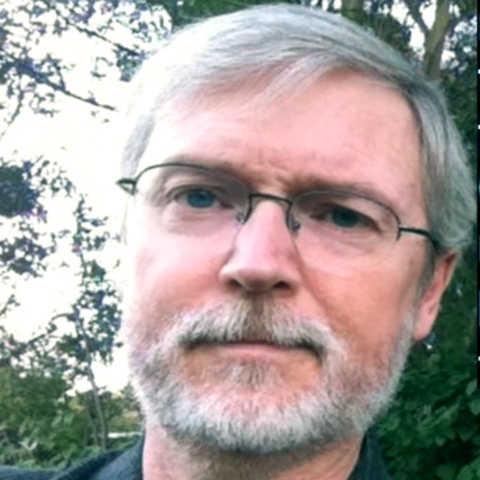 Keith Giles is the author of the book “Jesus Untangled: Crucifying Our Politics To Pledge Allegiance To The Lamb”. For over 10 years now he and his family have been part of a house church where 100% of their offerings go to help the poor in their community. Find out more at keithgiles.com